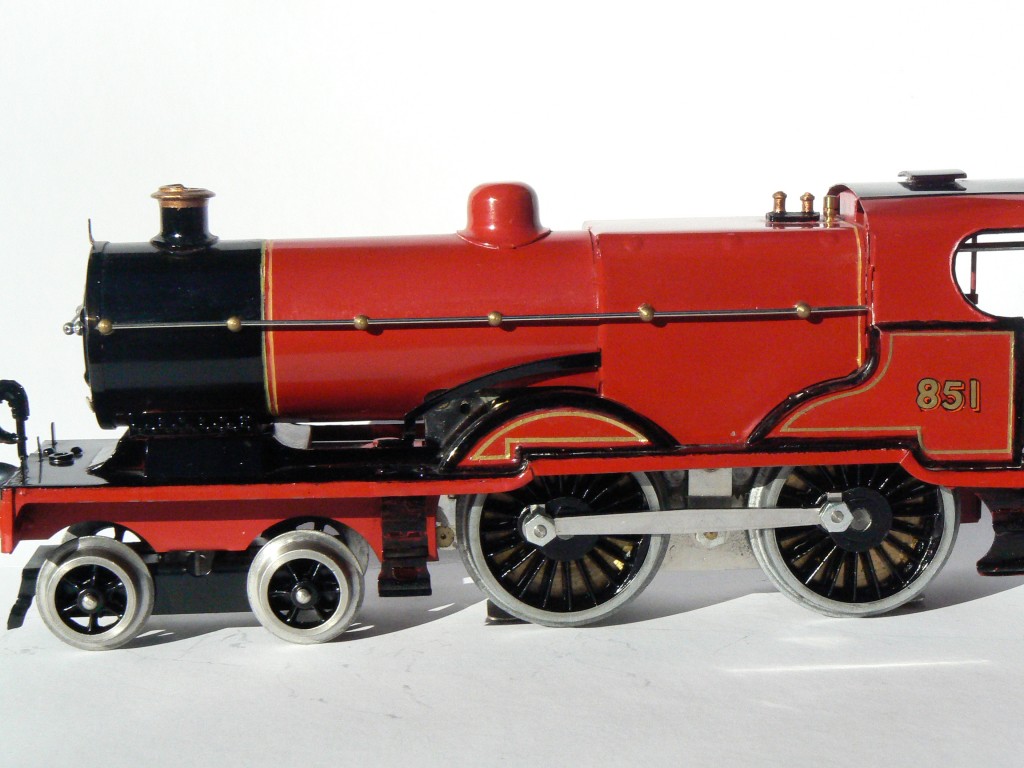 In the late ‘20’s Hornby made a beautiful tinplate model of an LMS 4-4-0 with outside cylinders known simply as the Compound. This was then further developed to create their L1.

Further, Hornby provided instructions in the “Meccano Magazine” to make the Compound into the very similar LMS 2P (not to be confused with the LNER P2). The 2P was made by removing the outside cylinders and fitting larger front bogie wheels, and this made quite a charming little engine.

Another interesting point was that the Compound and 2P had a great deal of parts in common with the L1. In fact most of the engine superstructure apart from the cab and firebox are exactly the same.

You guessed it, I was getting bored with making L1’s so I decided to design the tooling to make the Compound/2P parts. I should point out that there are plenty of Compounds out there, but the idea of making “new” 2Ps instead of butchering original locos to create something a little unique did appeal to me.
Having made an example for my daughter the project stopped. It seems plenty of people are perfectly happy chopping cylinders off Compounds so there is no niche to fill! Being kind to old Hornby was not quite the Unique Selling Point I thought it might be…