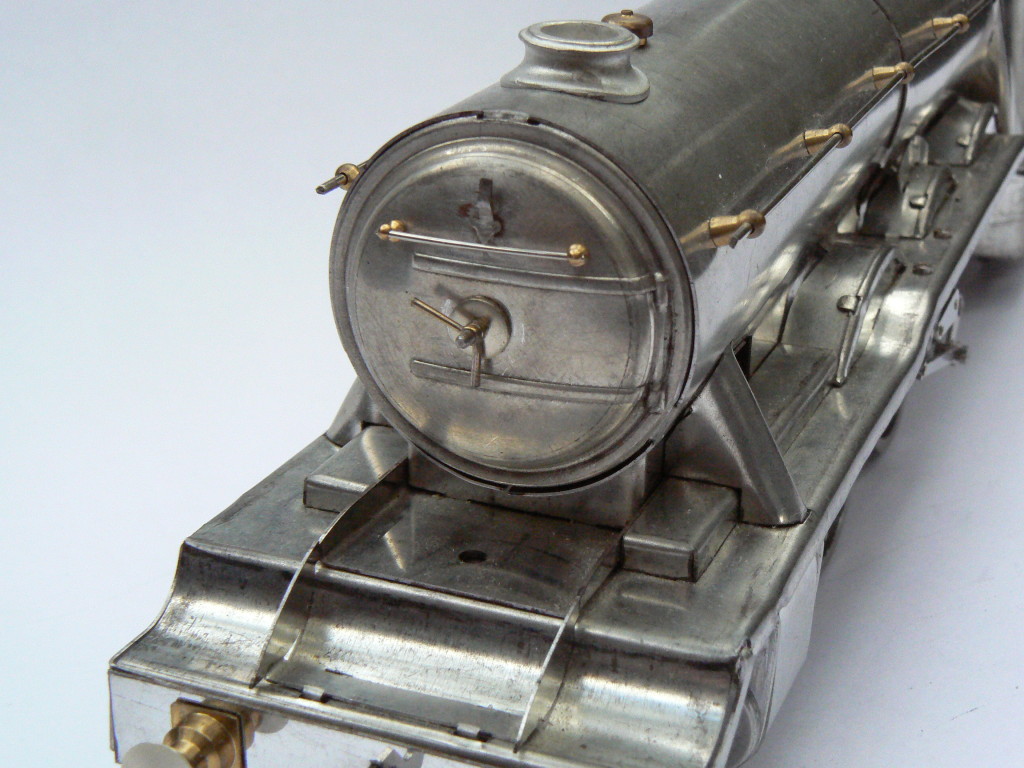 This is a reproduction of the Bassett-Lowke locomotive introduced in the early 1930’s. The original was renowned for its striking lithography and its excellent overall proportions for a tinplate toy locomotive. If there was anything that could be improved on the original, it was the paucity of detail, and the poorly performing motors and drivetrains on the earlier versions. Bassett-Lowke always encouraged owners to improve their locos with detailing parts that could be bought from the works or special liveries, and many examples exist of locos that have enjoyed such period garnishing. 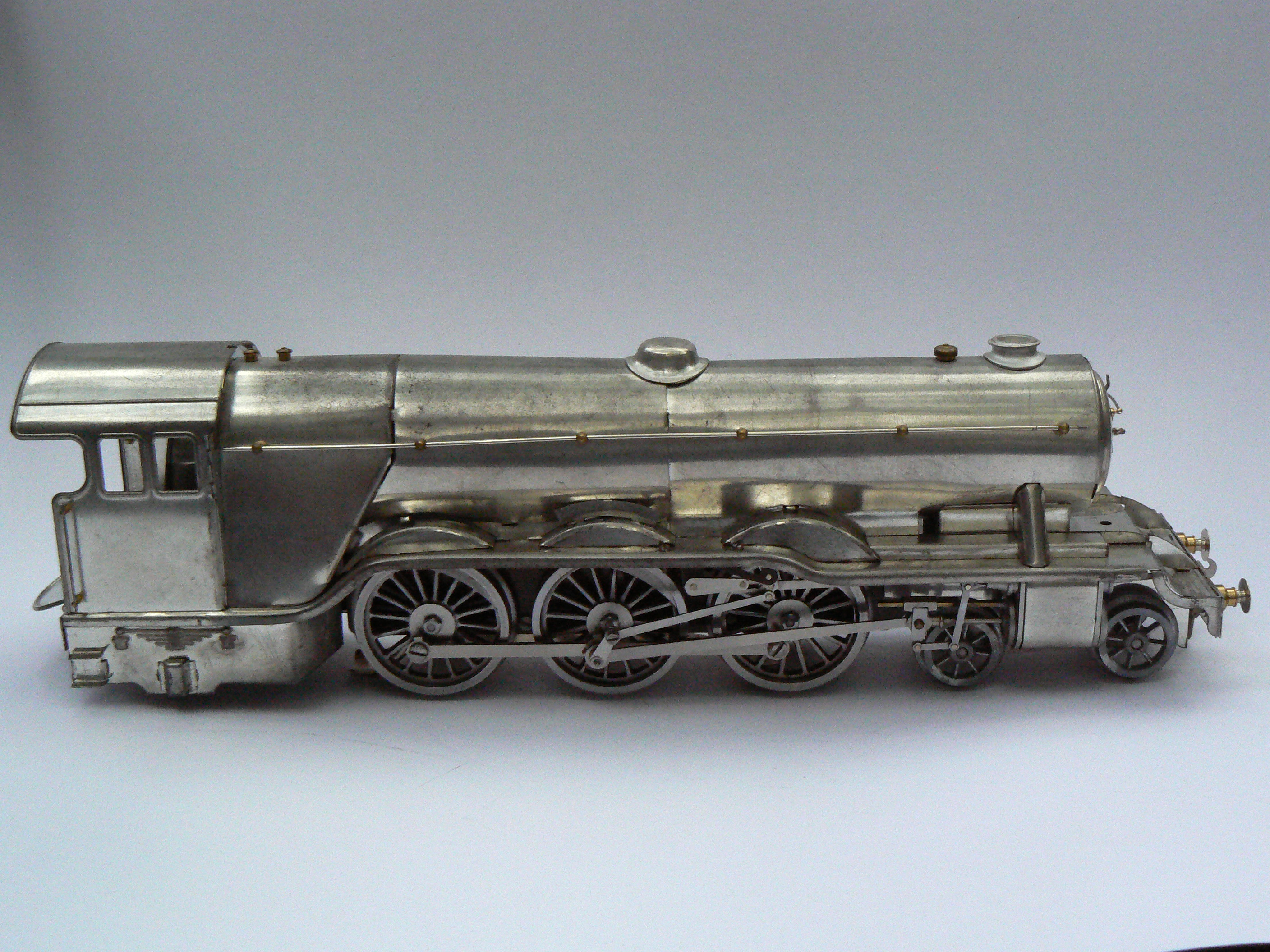 This project was based on some work a friend in the Bassett-Lowke Society did to create an Alan Pegler-style water tender and various other components for the BLS spares directory. Using that as a basis, we developed a complete loco, mechanism and drivetrain.

The reproduction was intended to allow as much or as little detail to be added to create the perfect large tinplate loco without having to tamper with an original example. The mechanism represents the crossover period of the mid 1930’s when locos had boss-plate wheels and began to acquire the better type of Permag motors.

Once I finished the first run of “Cock O’ The North”, I turned my attention back to development on the A1 into a production version. There have been a lot of changes since I built this example. See here for the current version in all its glory.

I’m doing a short run of production A1s and A3s in various guises, so if you are interested, send me an email via the Contact page.