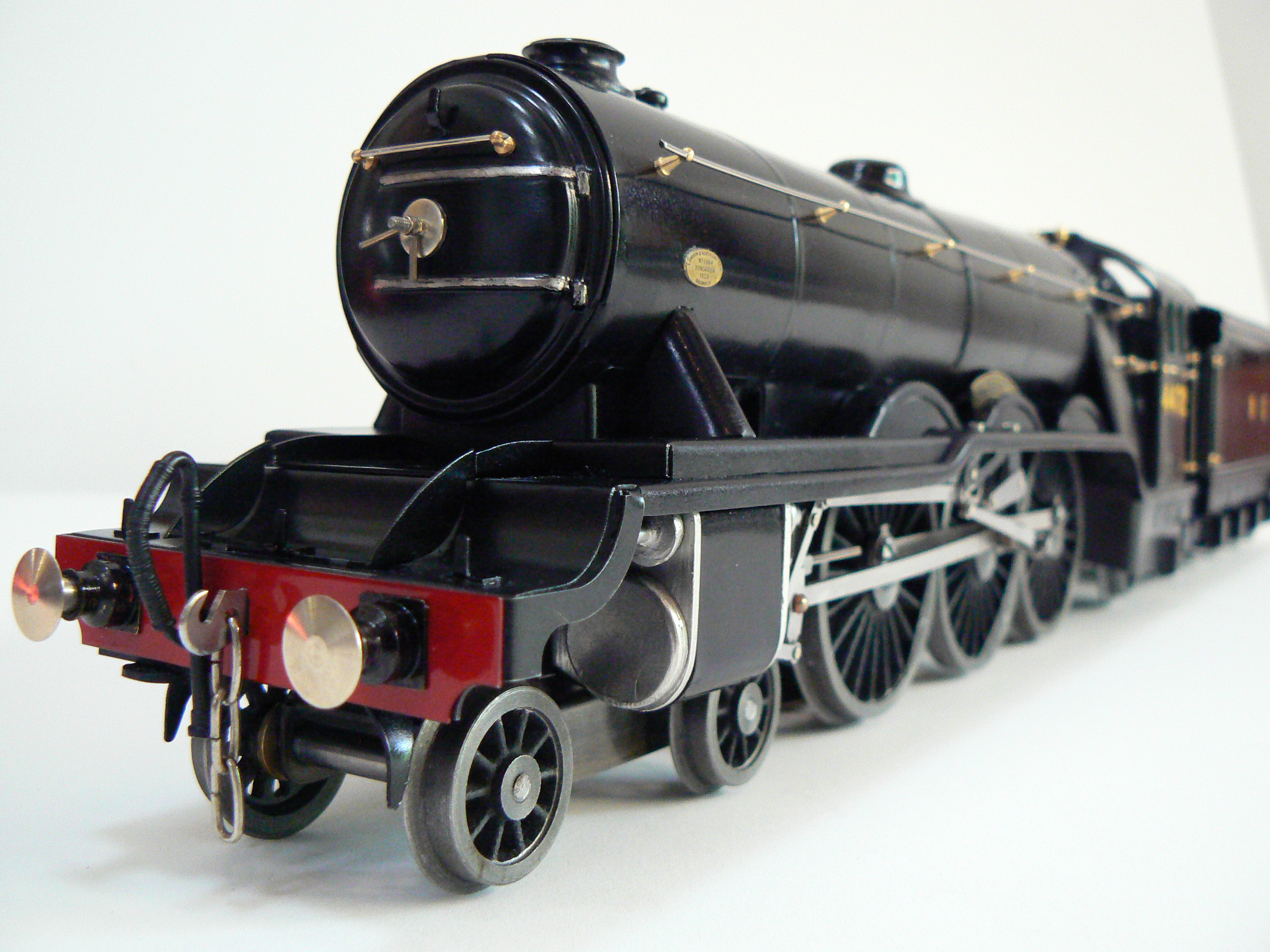 Here are the first photos of the A1 and A3 production prototype (in A1 form here). The production loco is a development of the Flying Scotsman prototype which in turn is a reproduction of the 1930’s Bassett-Lowke engine. 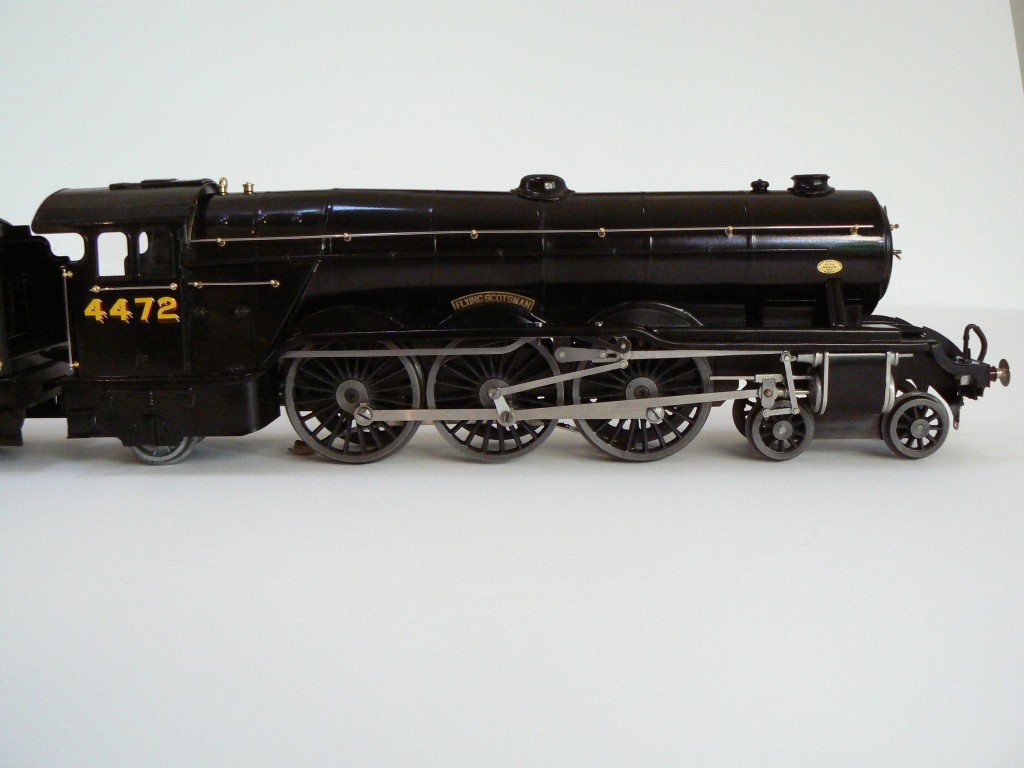 Clearly the cost of developing tooling was a huge problem for Bassett Lowke and it didn’t help them that even as they were commissioning their tools, the real loco was starting to undergo changes.

What would have happened if Bassett-Lowke had been able to keep their tinplate Flying Scotsman up to date with the LNER fleet, by more faithfully representing the later A1 and A3 engines, adding things like the higher cab side cut-out, raised valve covers around the steam pipes, washout plugs, a fully detailed corridor or non-corridor tender? How about a set of lubricators and a reversing rod lever? Or superheater headers? Imagine an A3 with all the detail of the Fitzroy Loco Works P2. 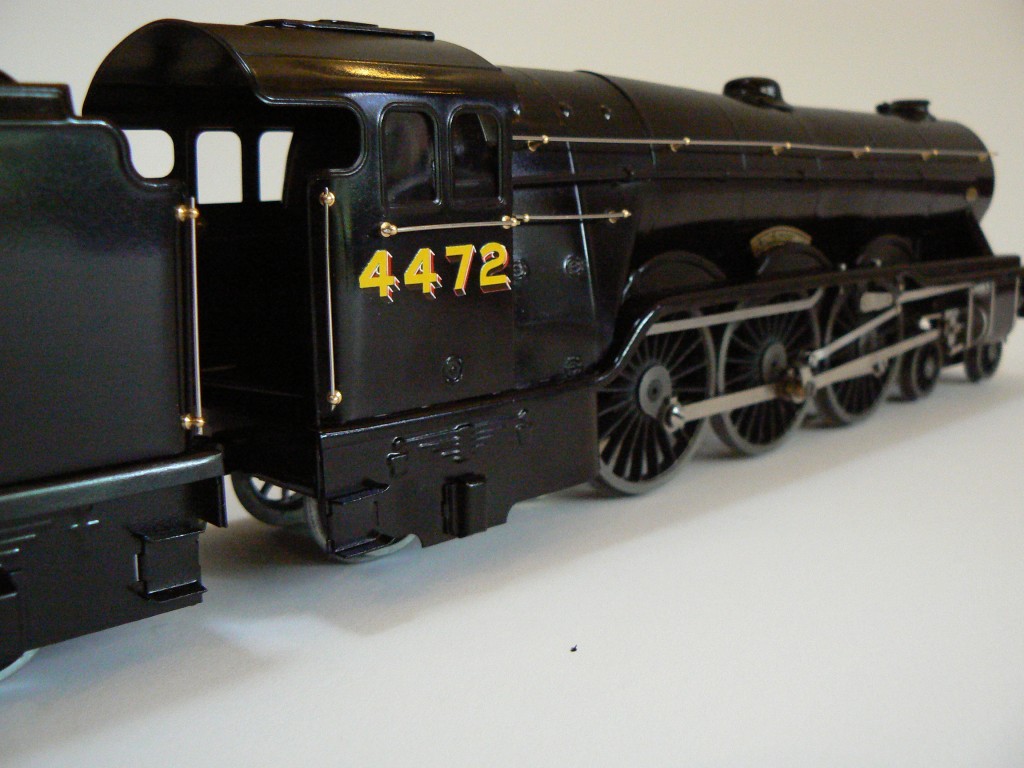 Also, what if you wanted a loco in wartime black livery? The original Loco has no boiler bands, as this is just tinprinted detail. When painted in plain black there is no embossed detail to break up a long expanse of boiler, so you need to add something or it looks quite strange. Well, we can do that in the press shop…. 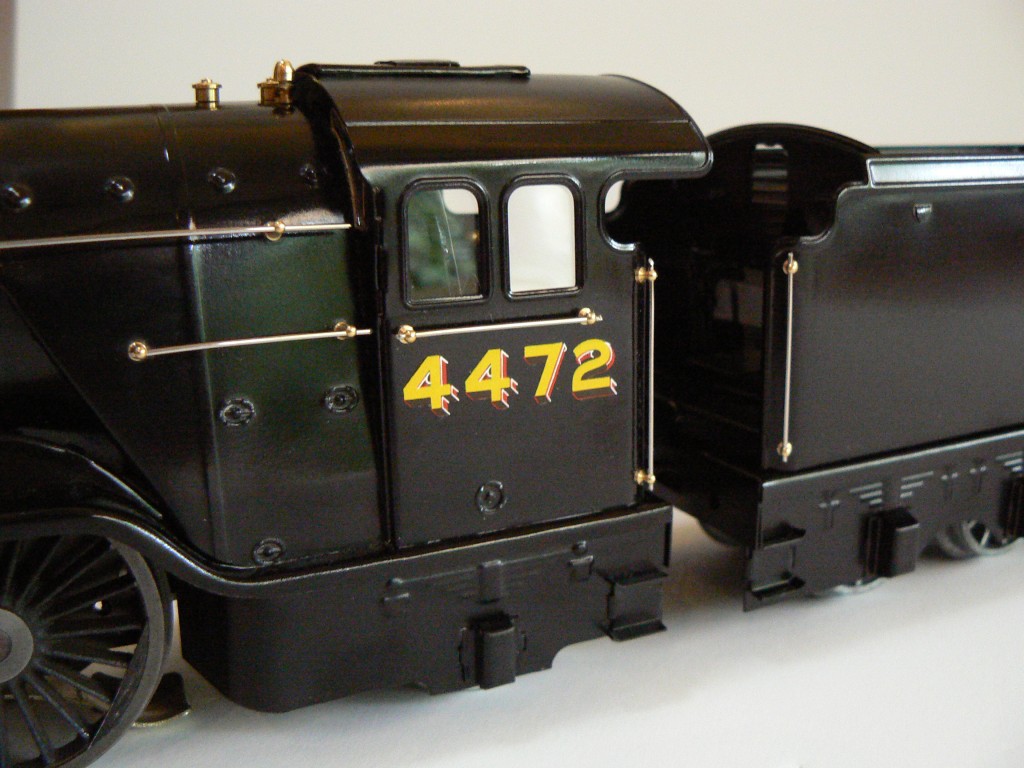 Adding the boiler bands and washout plug details certainly does make a difference. I also added full cab glazing and a roof ventilator. Despite being in plain black the bodywork now doesn’t look too bare. I’ll be adding lubricators and the A3s will get superheater headers as well.

This engine is still clearly tinplate but it adds all the things frustrated B-L Scotsman owners wish they could have, to really tweak the character of the engine in a very attractive way…

I’m doing a short run (20) of production A1s and A3s in various guises;- LNER Green, LNER Black, and even a couple in BR Experimental Blue; so if you are interested, send me an email via the Contact page.