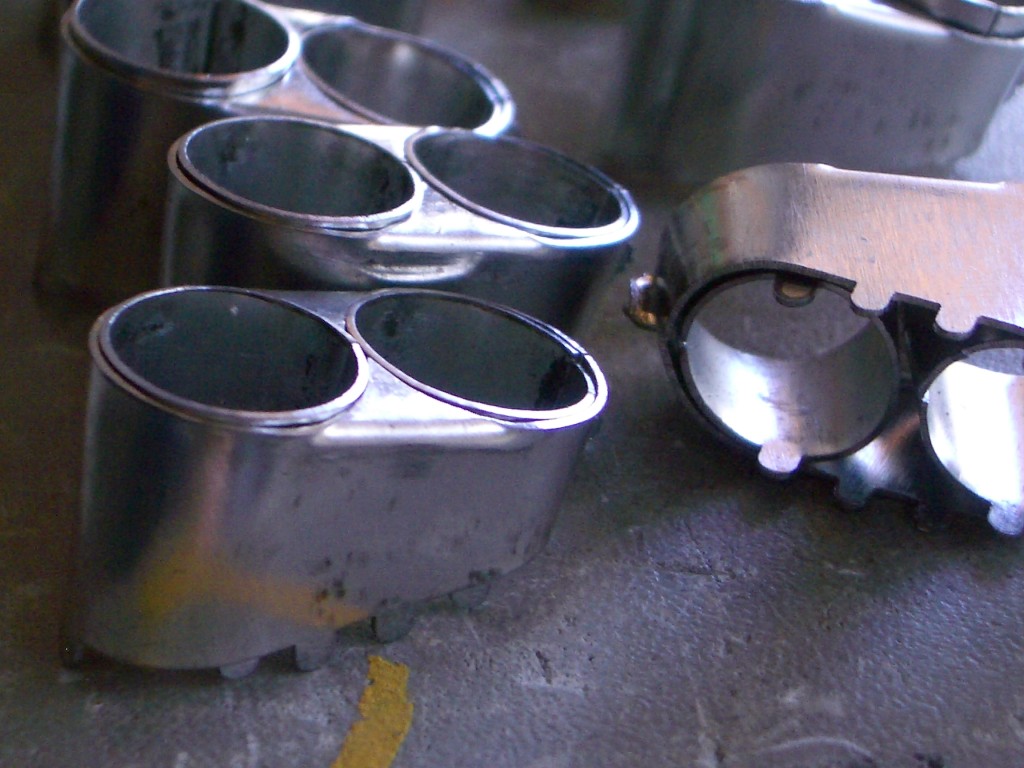 Fitzroy Locomotive Works is all about real tinplate.  When I say tinplate, I mean actual tinplate- tinned steel sheet, as used in food cans and sundry hardware; not diecast zinc, not brass, not “tinplate style” or “running on tinplate track”. Members of the HRCA and HRCAA are familiar with our reproduction “Eton” and “L1” engine and tender kits and replacement body parts for Hornby tinplate restorers. 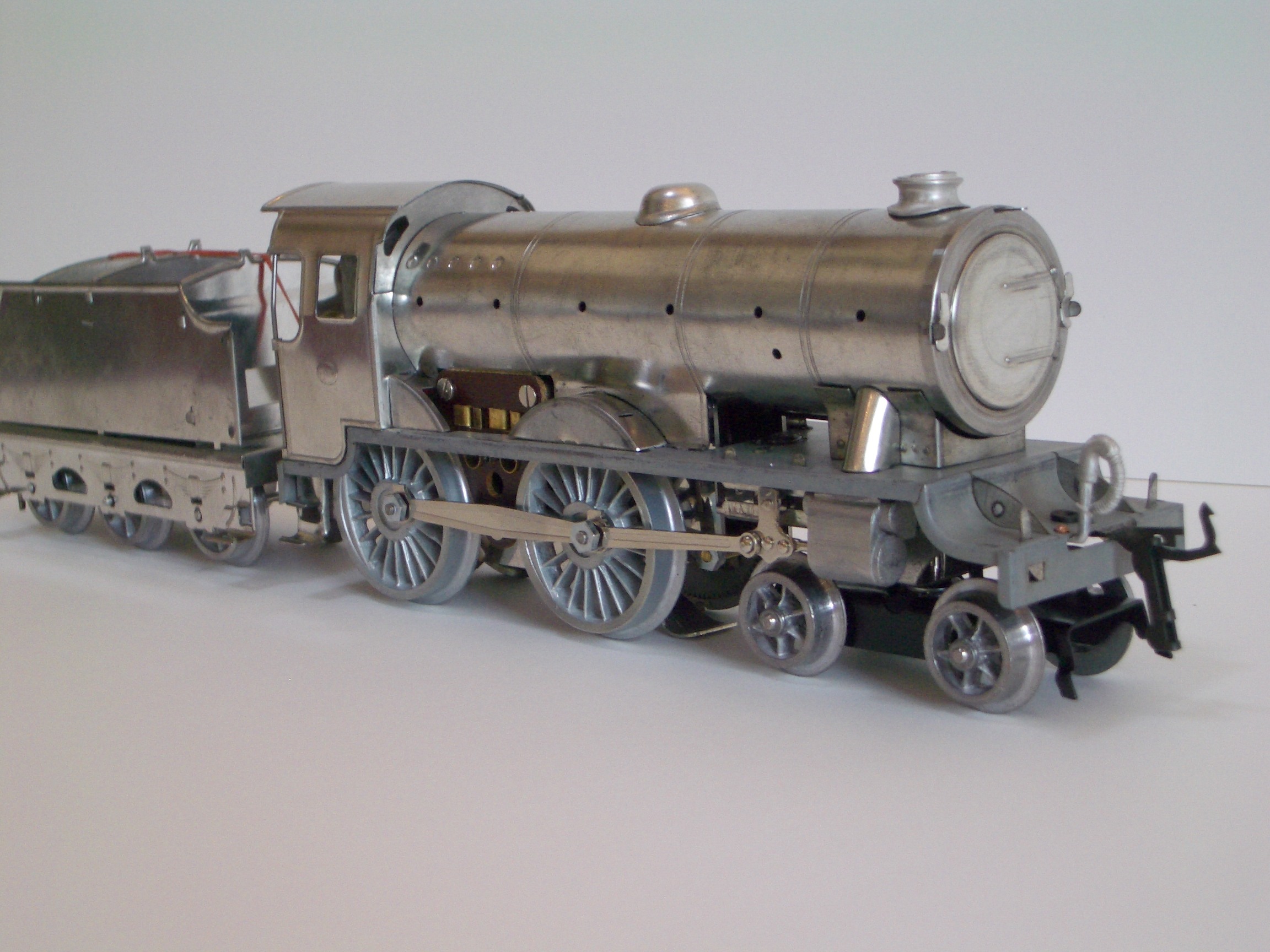 The Eton, a previous project 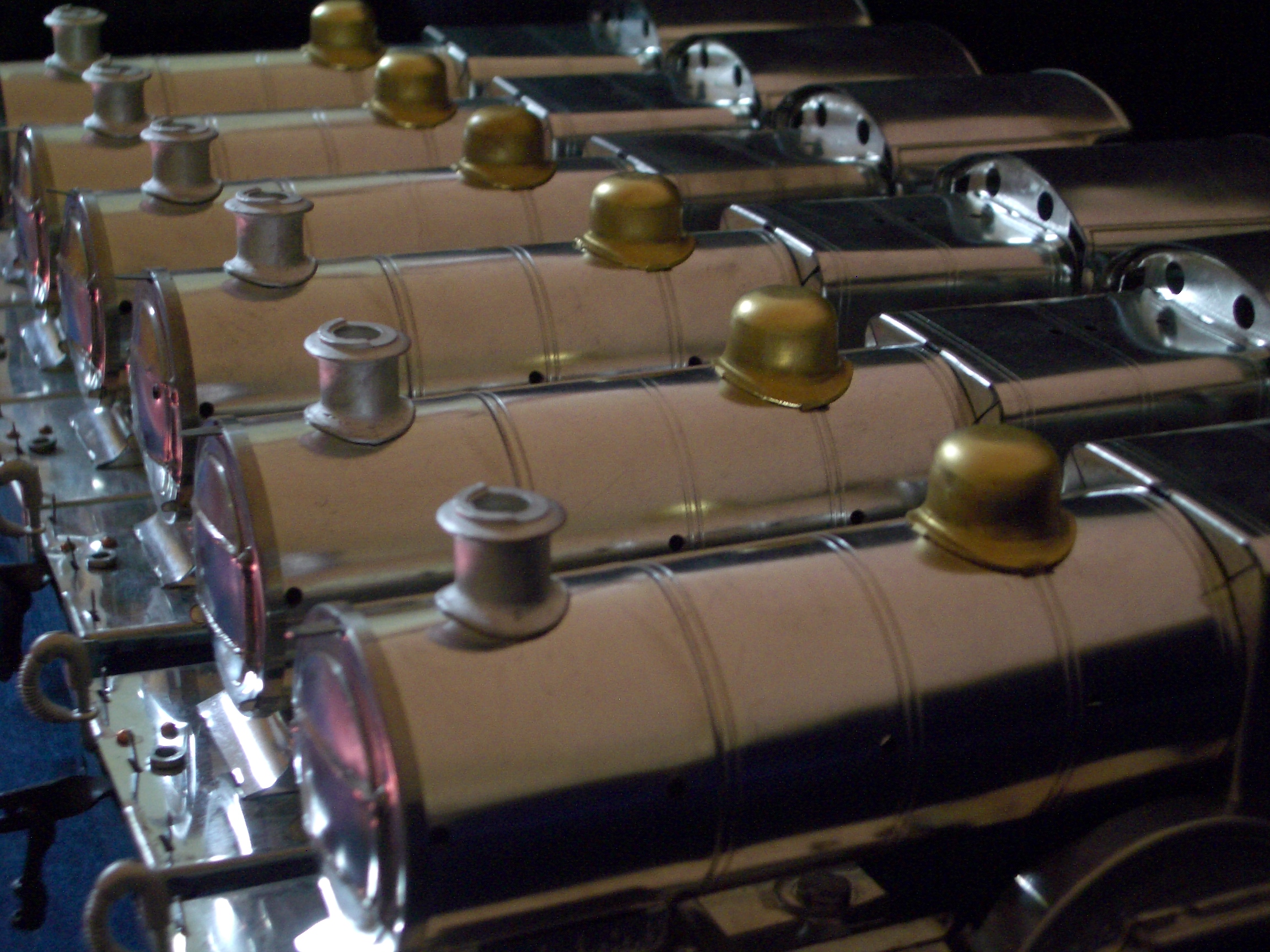 The Fitzroy Gresley engines are an endeavour to completely capture the magic of the finest English pre-war toy and model railway engines, where toys, models, art and real engineering cross over and combine to create something that is uniquely satisfying. We will not just pay lip service to the idea of beautiful old toys- this is a true re-creation of the very best you could find in the 1930s. We are striving to capture the look, the shape, the sound, the patina that will grow from the use of authentic proportions, materials, processes and finishes.
As I looked at genuine 1920’s and 1930’s tinplate engines, and then looked with the critical eye of a design engineer at the new stuff now available I came to the conclusion that I could probably do better. It might not converge into a successful business model, but it would be worth doing for my own personal satisfaction. I would spend a lot of my money building tinplate trains, but at the end of the day they would be worth owning. They would be worth what they cost me to make- at least to me- and other people would want to own them. Not many, but at least enough to provide an excuse to do it!
Beliefs 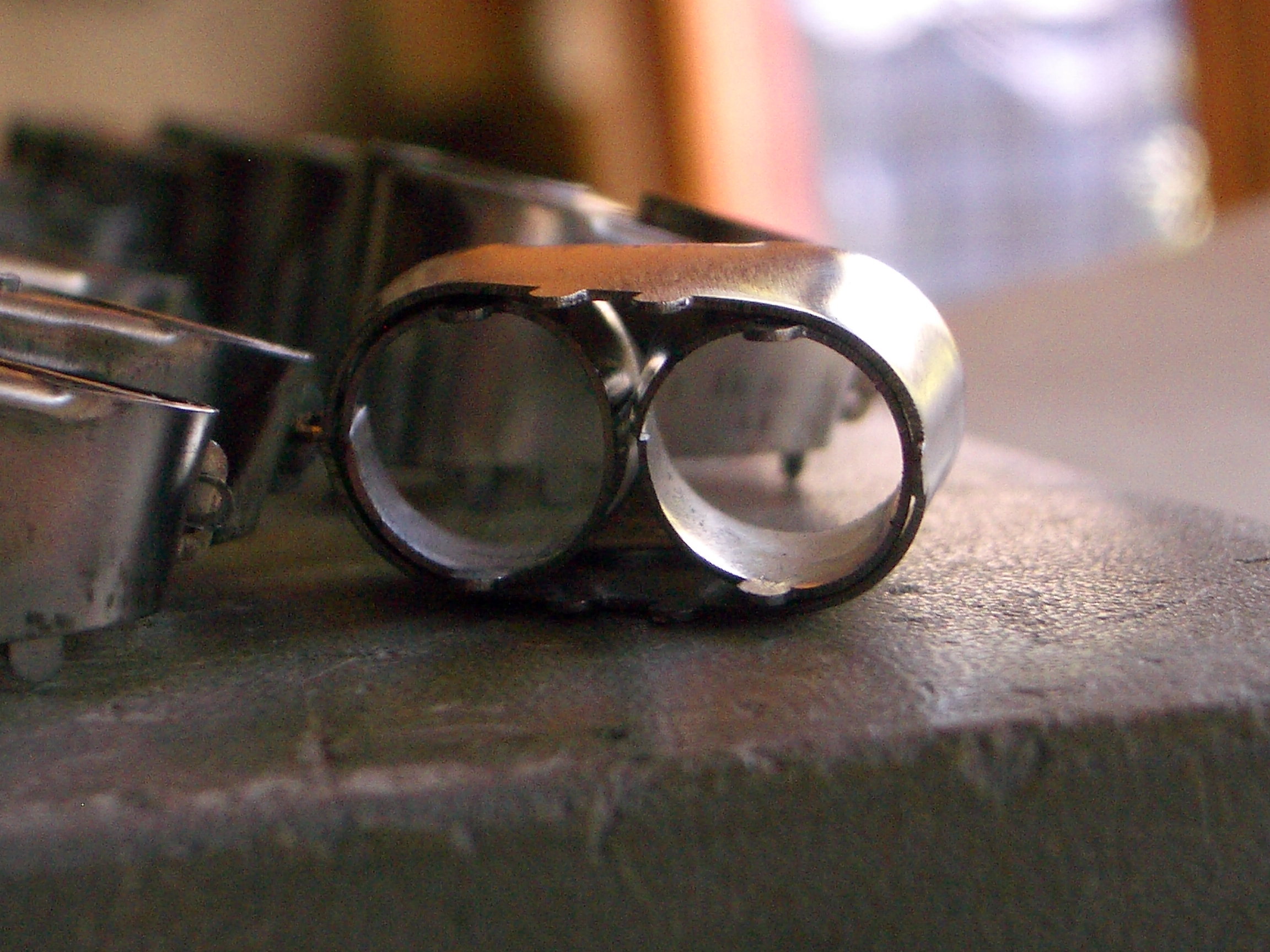 Each chimney is comprised of three pieces of formed tinplate

The real driving force behind it is a small group of Melbourne-based Australian engineers, artisans and toolmakers- an eclectic bunch of Brunswick Street irregulars from old codgers to young  post-modern nerds- with a background in aircraft design and prototyping, metalsmithing,  toolmaking, tinplate restoration  and classic racing cars, who love rediscovering and reengineering lost processes and stepping up to impossible technical challenges, or bridging the technology gap to let flawed old designs reach their potential with the modern technology now available.
Rationale 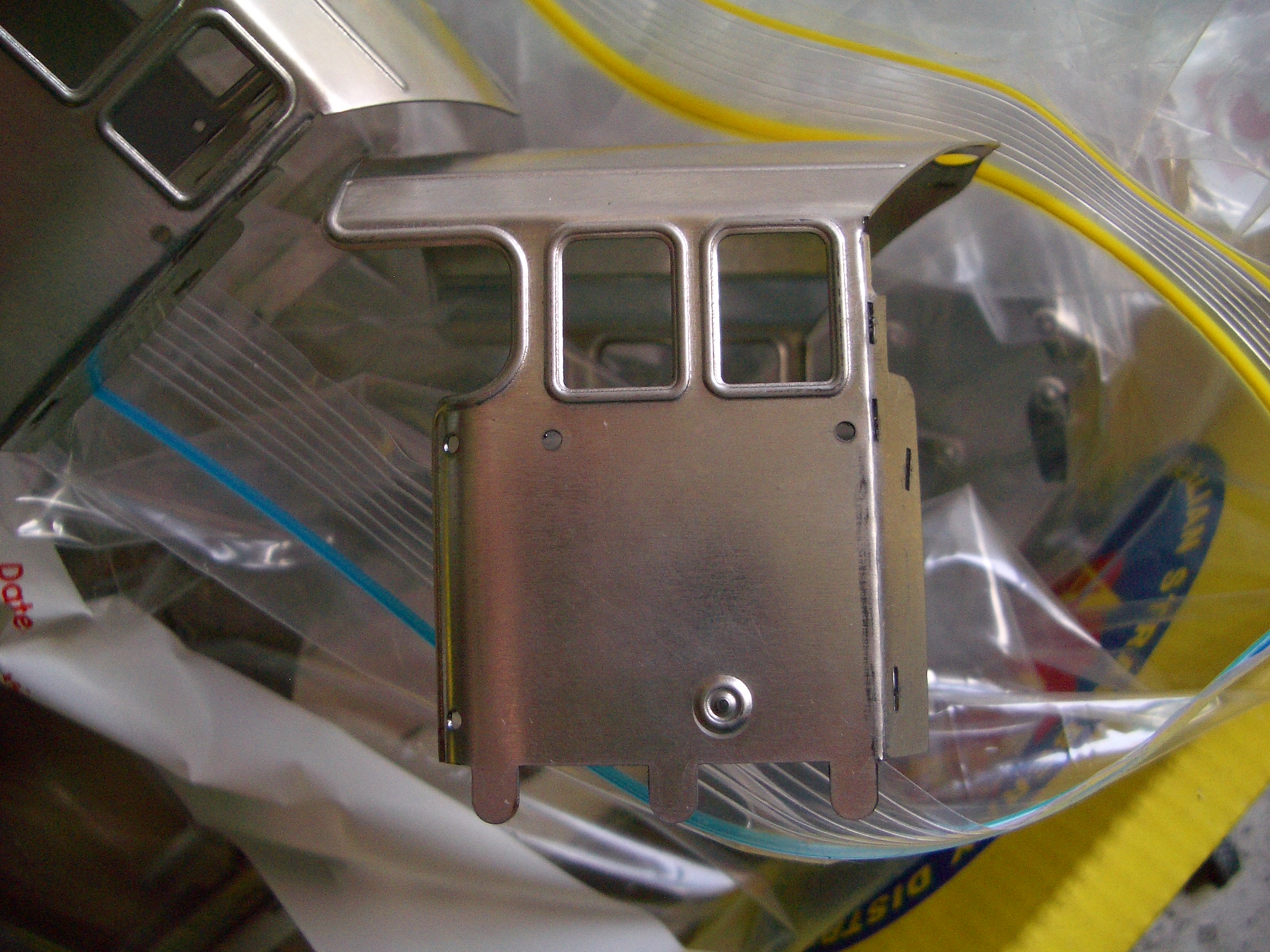 Part of the reason we do this is because we love 1930’s English tinplate, and everything that goes with it. The smell of tinplate (yes, it has its own special smell- probably the tin oxide that forms on the surface) warm oil, verdigris, carbon brushes, phenolic resin and ozone.  The solid chunks of thoroughly over-engineered motors and drivetrains. The catalogues with their beautiful art deco half-tone illustrations and hand worked typefaces varying from arts and crafts to modernist in style- sometimes a naïve mixture of both. The juxtaposition of the belief in something modern, shown out of its age, accumulating a mixture of both timeless and quaintly dated qualities- almost steampunk  in retrospect.
Production Numbers 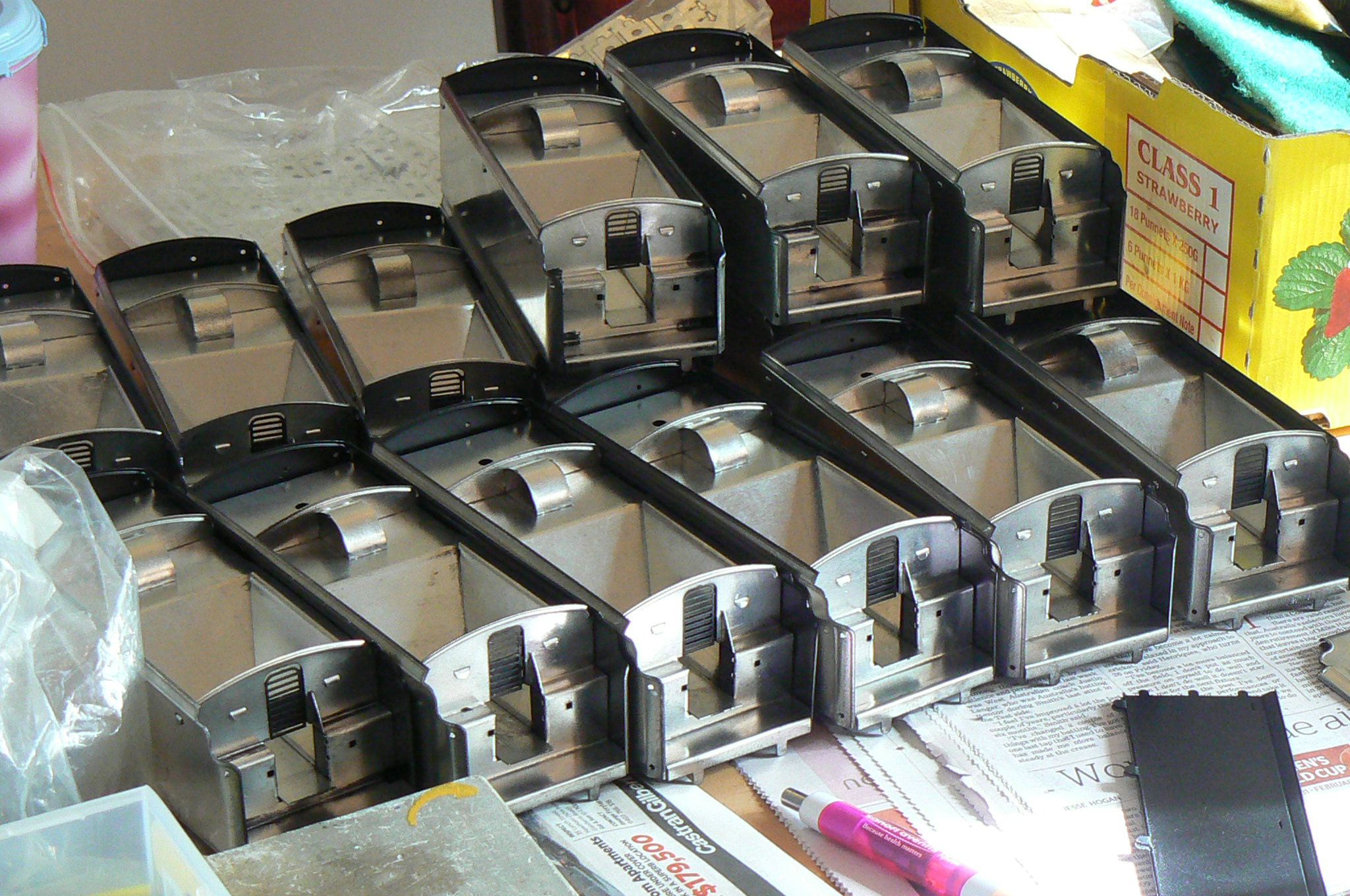 We don’t build things in big quantities- to continue the challenge we like moving on to the next thing. To us a run of 20 to 50 items is typical, and 100 is very occasionally achieved, but it all depends on how we feel.  Much of what we do is a journey of discovery for us but the result for you is a lovely engine that will never be out of place on a vintage layout or a display case.
However, as a matter of principle everything is production designed and capable of being transferred to mass production if required. We are not into building one-offs or making things too difficult for ourselves. Personally I would prefer to spend a week labouring on a tool that can punch out a particular part than a week just filing out those parts, even if in theory the tool only gets used once or twice in its lifetime.