Get out of my way!

What a cheesy title. But still, it will have to do for now. The prototype has finally gleaned a coat of blue paint, so I thought I had better share it with those who are wondering about progress.

I have to say straight off the photos are not very well lit, and the loco has collected dust and fluff like a filth magnet, but I thought you should at least get some idea of how it is going. 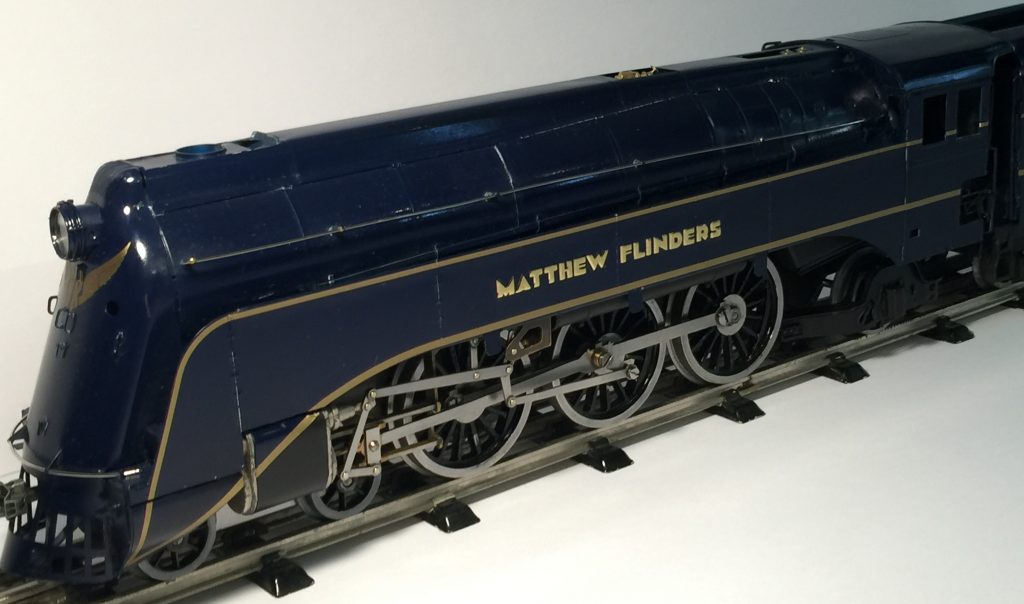 One thing I am pleased about is we now have, thanks to my son Tom, filled a gaping hole where the staff exchanger apparatus was supposed to be. Before, rather like someone with a gaping missing tooth, she definitely had a good side and a bad side. No more! Using the original Newport works drawings Tom modelled up a set of staff exchanger parts in Solidworks and we got a lost wax master made from that. Then I cleaned them up, soldered them up together and added some casting sprues and 10BA attachment screw threads for Apecs to cast them in silicone bronze. This is one of the first production castings. 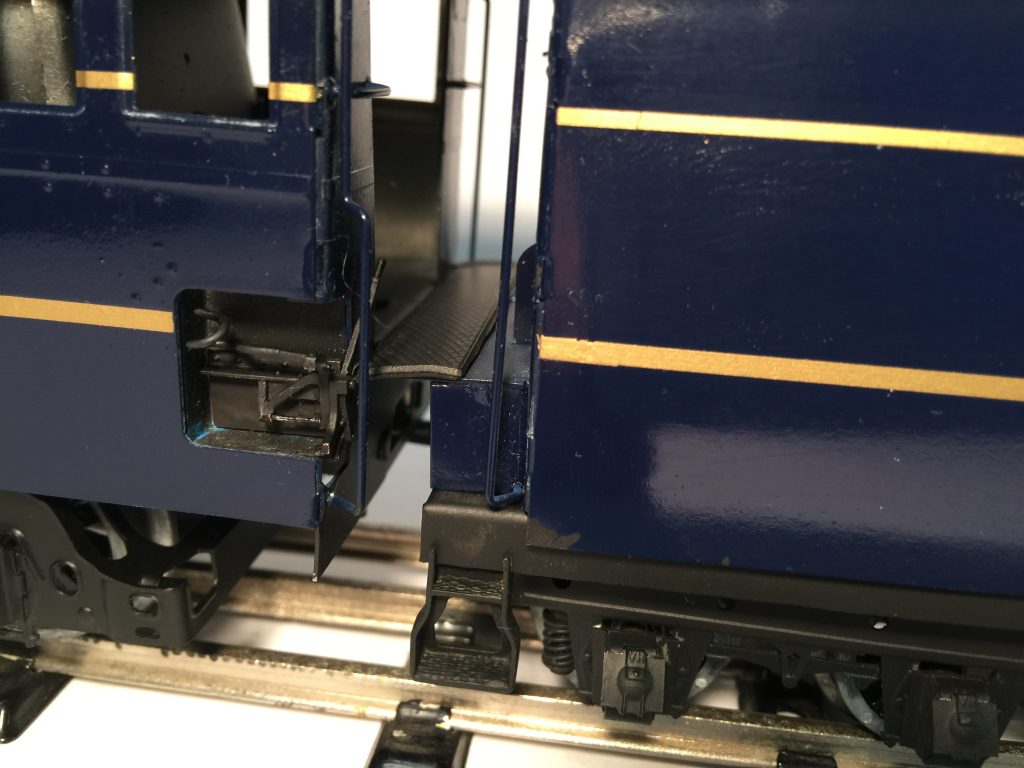 The curly -wurly pig-tail part of the staff exchanger horn is cast as a straight rod, then I anneal it and give it the curly-wurly treatment with some wire bending pliers. The pressed fall plate detail looks nice too, even though I say so myself. Ismael at Nichol Industries did that. 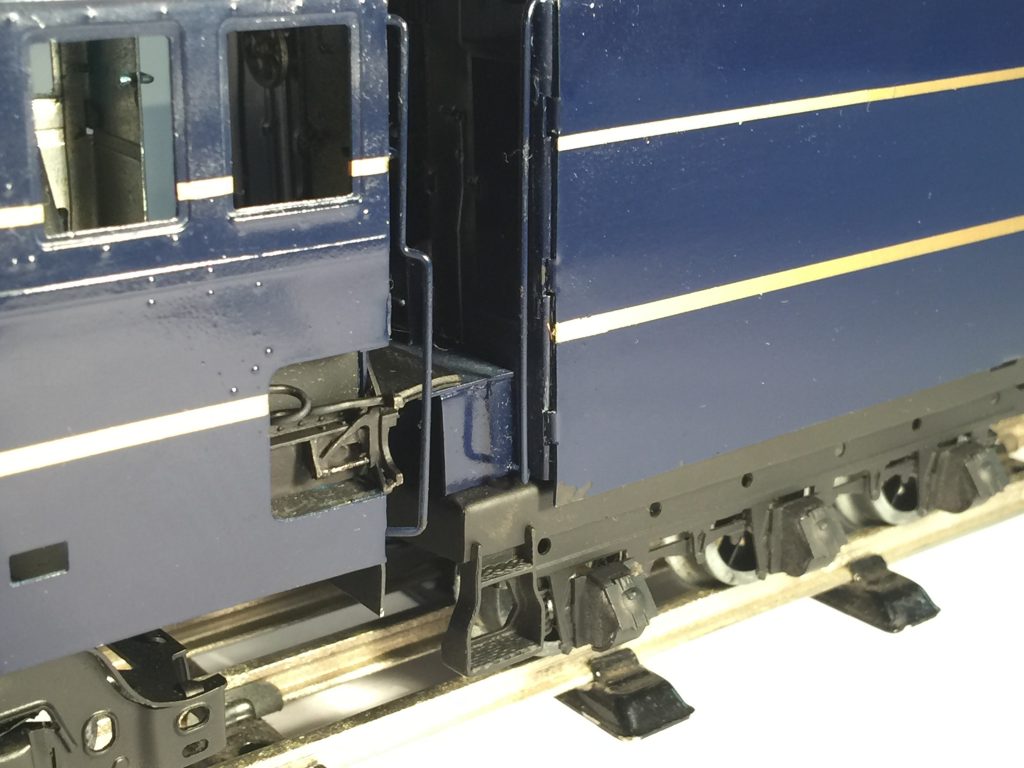 Here’s another view. Finally the tender has enough detail to start to look interesting and not just look like a slabby chunk of sheet metal, so that’s good. Here’s a rear view.

Again, grubby as hell and covered in lint, apologies. And note the dint in the LH side top- where I managed to drop it during assembly. Aaargh! Butterfingers!

There are also a couple of what the young folk call “Easter Eggs” yet to be revealed. but you’ll have to wait. 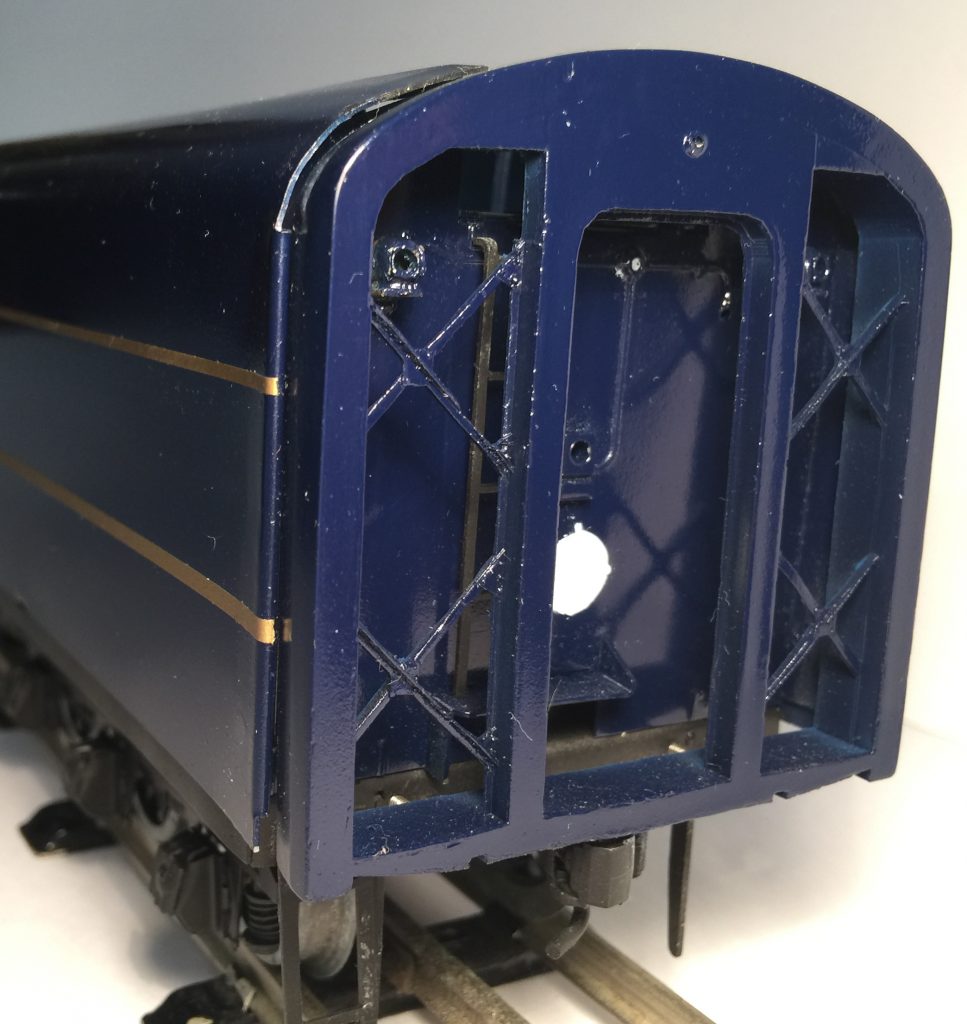 Having vestibule frames means of course one day I can make coaches…..     One day.