Deciding to do the A1s and A3s forced me to bite the bullet on a number of fronts, and adopt a more systemised manufacturing approach. 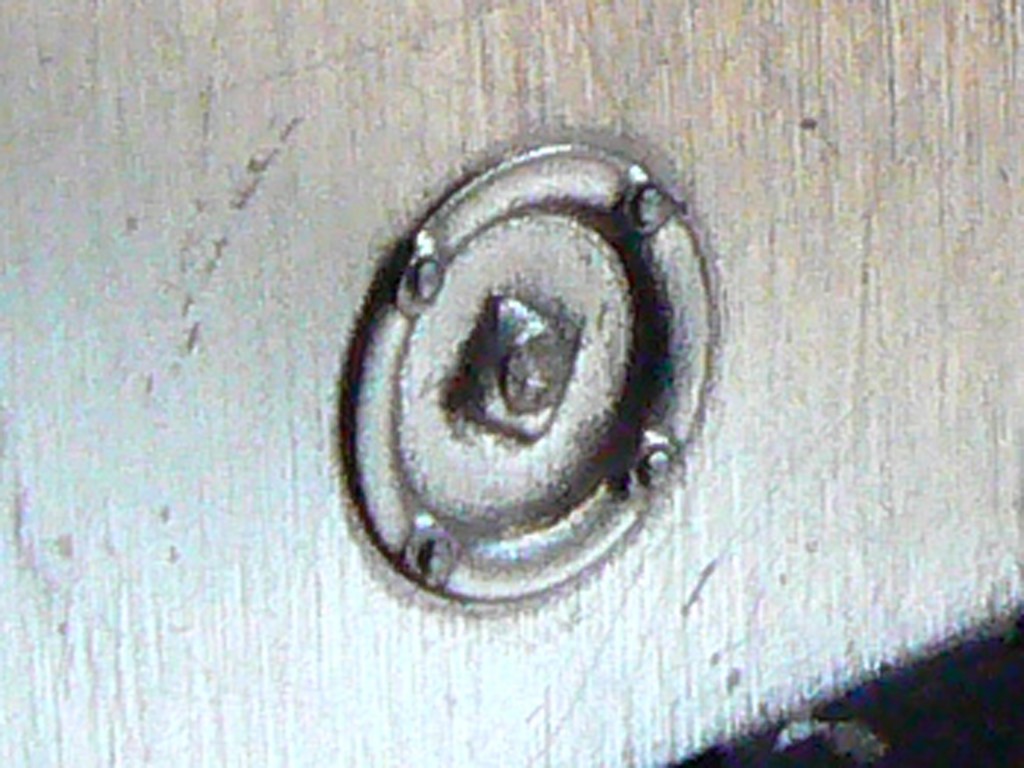 After the first run of Cock O’ The North I decided I really needed to make some of the work less labour-intensive. In particular the mudhole doors and washout plugs which I hand raised using a combination of punches and dies plus traditional silversmithing techniques. It meant in reality a mudhole door, for example, took eight seperate pressing and hammering operations as well as stabilising and flattening the part afterwards. That was eight chances to mess up per door, or 48 chances per firebox! Clearly something needed to change. 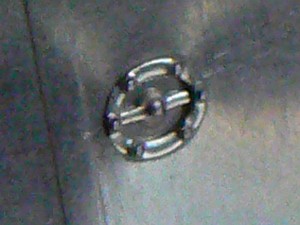 Also, what really forced the issue was that there was no way I could do oval mudhole doors for the A1 and A3 using the same technique. Something had to be done. Eventually I designed sets of coining dies for each of the different doors (oval mudhole, round mudhole, cabside mudhole, and P2 cylinder access door) and provided the dimensioned CAD data and examples of my previously hand done ones and hand tools to Walter Albert at Precision Tool and Die.

After a long wait (Walter is very busy these days- toolmaking as an industry has shrunk drastically, but those who are left are usually snowed under) the tools were ready for try-out. As you can see the results are pretty amazing.

Another example of smart tooling replacing dumb luck is the axlebox tool made for me by Alan Middleton, who has forgotten more about clever ways of whumping tinplate than I will ever learn; 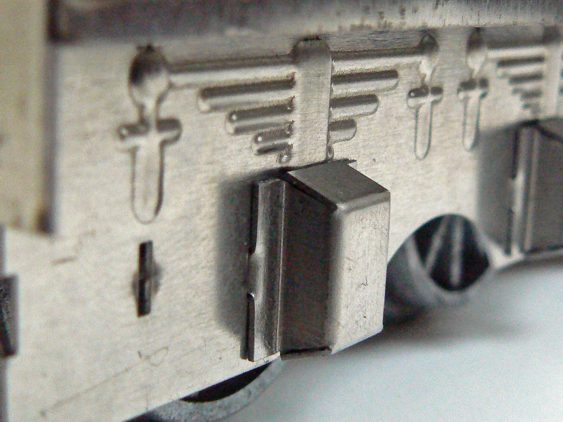 Again a simple tender axlebox took me eight different jury-rigged pressing and folding operations. Doable, but very tedious and time-consuming. Alan came up with a tool that did everything, including folding up the tabs, in one hit. Crisp.