<sigh> Sometimes things just take a lot longer than expected. I was hoping to have finished A3 production a long time ago, but somehow real life just keeps intervening. Anyway, I have actually finished and delivered Firdaussi, the first of the green A3s, which was a special order going to the UK. The extra details comprised a post-war LNER livery with yellow letters and numbers, and a clockwork, yes clockwork, new old stock  Bassett-Lowke motor provided by the (thankfully happy) new owner. 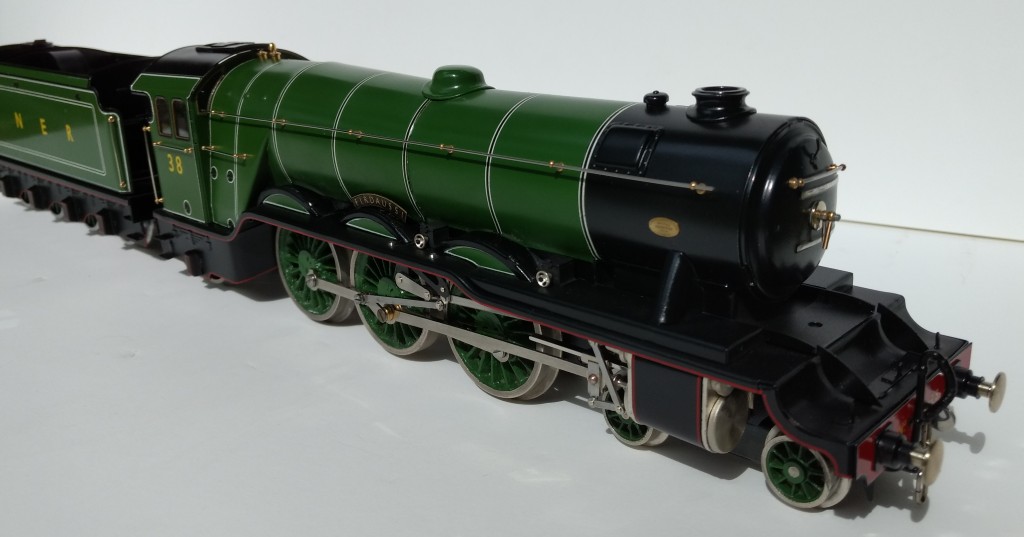 A view from the left hand side shows the tell-tale keyhole.

Here’s a close-up of the front end. I nearly went blind getting the buffer beam lettering and numbering right, but it was worth it.

It turned out to be a lot of fun to put a clockwork mech into the body and find that everything lined up as it should, and also to very gingerly try her out on my friend George’s layout to confirm everything was working correctly before packing her up and sending her on her way. In fact, it inspired me so much that when I saw another NOS B-L mech turn up on eBay I couldn’t help myself… I don’t know if clockwork is particularly practical as a means of propulsion but it certainly is rather special. 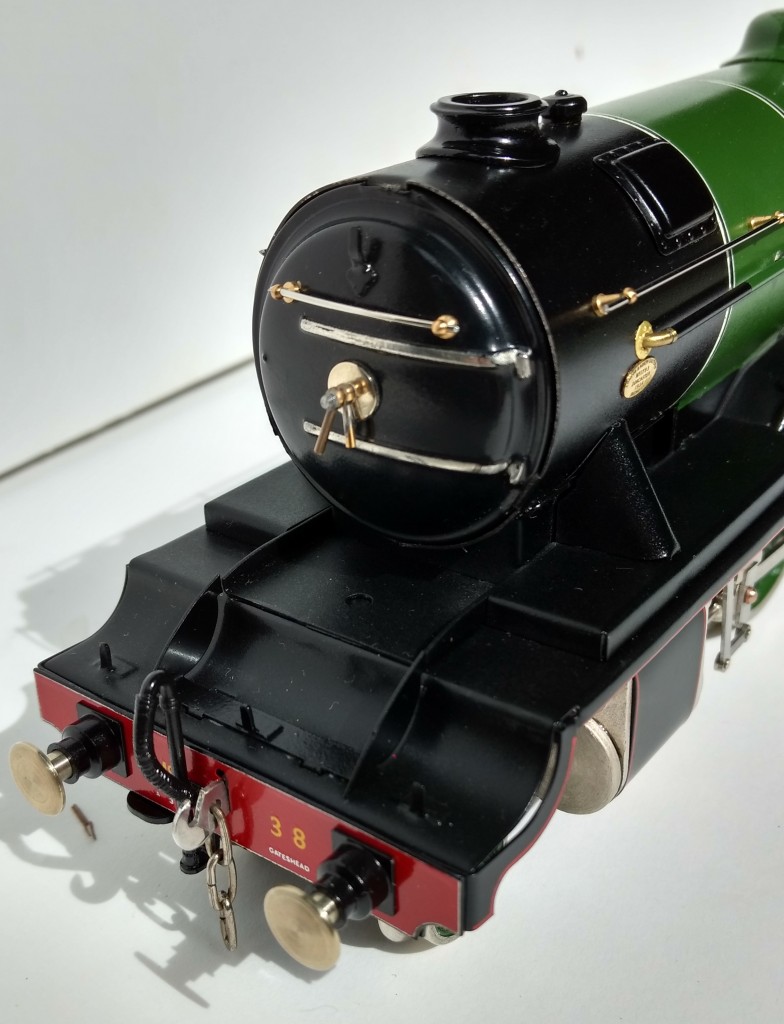 Another very similar loco, but with the 12V mech and full size Walsall drivers, is Papyrus, recently delivered in the UK. 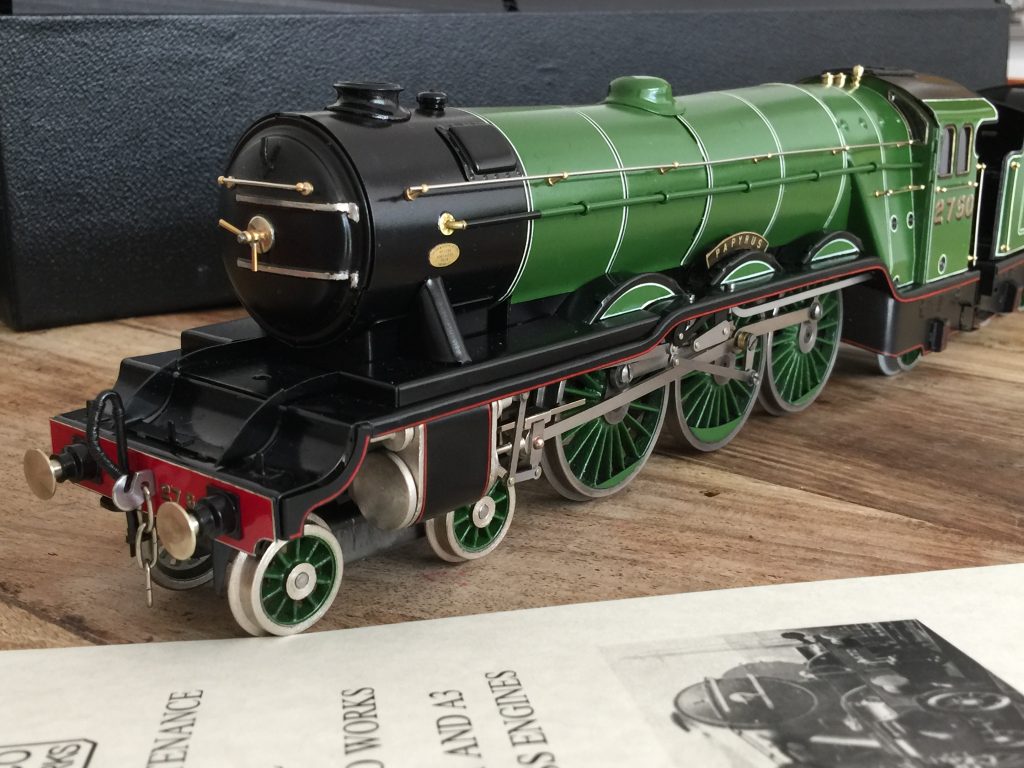 Anyway, the rest of the green  locos are now in the final throes of assembly. More news as it develops.