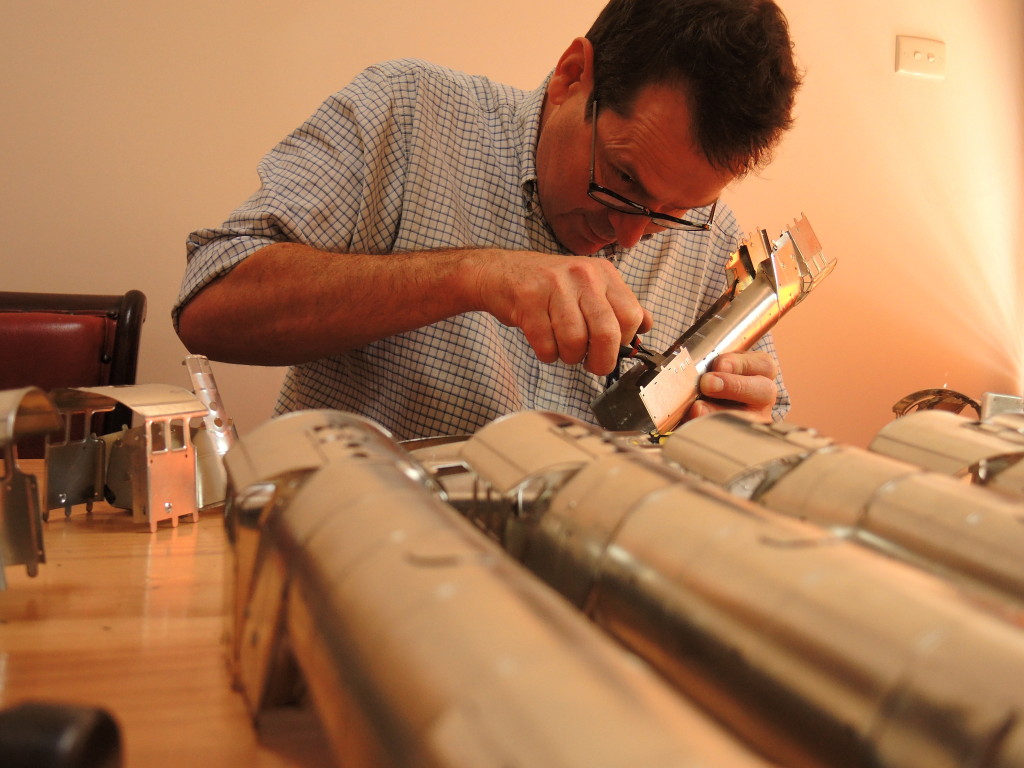 I’ll admit it; I spent my working life as as an engineer doing R & D in aerospace – but that doesn’t make me a bad person. For that I’ll blame Hornby.
As a 10 year old I was playing with friends on a rubbish tip and discovered some rusty Hornby O gauge trains. From then on I was hooked on tinplate. My family were eccentrics who collected old junk, so they encouraged me in this odd pursuit. Soon I was making my own models, and built a copy of a Hornby Colas wagon from scrap tinplate sheet sourced from a local cannery.
As an adult with a newly minted degree in mechanical engineering I strayed for a while into the impure waters of vintage racing cars and built an Austin 7 Ulster replica.
Luckily I recovered from that, but the need for a real job saw me spending many years in aerospace. The R&D side of that industry taught me about low cost tooling and short run production methods for everything from complete airframes to delicate mechanisms and even airshow models of my designs.
I eventually came back into the tinplate fold and collaborated with a few friends who were also making tin trains in their back sheds.
Fitzroy Loco Works came about after building replica Hornby Etons, as I realised we needed to distinguish the replicas from the originals. As my “works” is a stone’s throw from the old Fitzroy railway line in inner Melbourne, the name was obvious.
Fitzroy Loco Works has started to be noticed on the web so I made the decision that if it’s being discussed, then my voice needs to be part of the conversation.
Is it a business? I thought I’d left all that behind me…