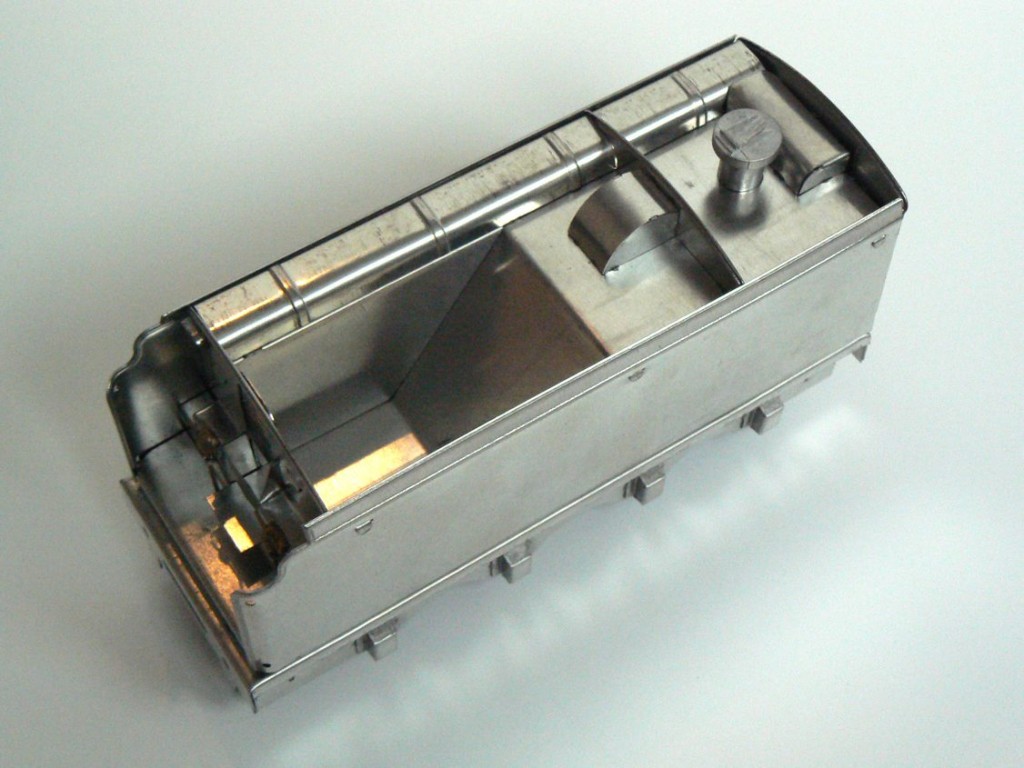 The Gresley 8 wheel corridor tender was a distinctive feature of the original Bassett-Lowke Flying Scotsman designed in the late 1920’s by Robert Bindon Blood for Winteringhams, Bassett Lowke’s production house in Northampton. 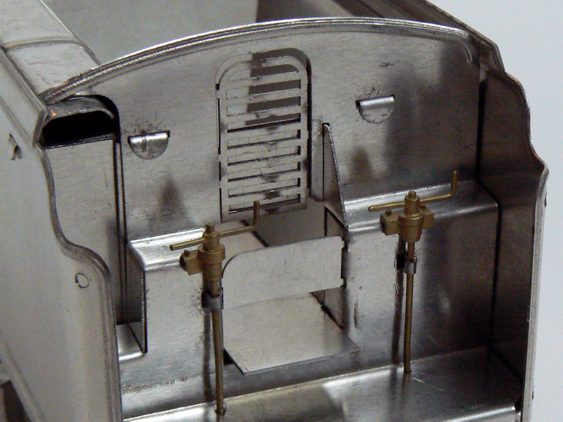 Like the Flying Scotsman, despite being simple and crude tinplate it was an extremely effective evocation of the real thing. Again, like that loco, it was if anything let down by the lack of detail particularly the interior. 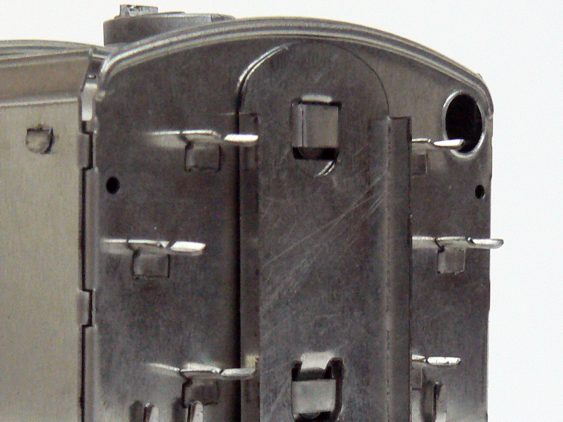 For the Cock O’ The North I took the tender design and  developed a non-corridor version with a proper coal chute, cab detail and bits and bobs like handrails, lamp irons and rear steps. For the A1 and A3 I revisited the corridor tender and gave it the same treatment, so that for those locos there is now a choice of corridor or non-corridor.

Here’s a shot of the finished article, a corridor tender for Papyrus recently delivered in the UK. I am quite pleased with the lining, now my eyes have uncrossed… 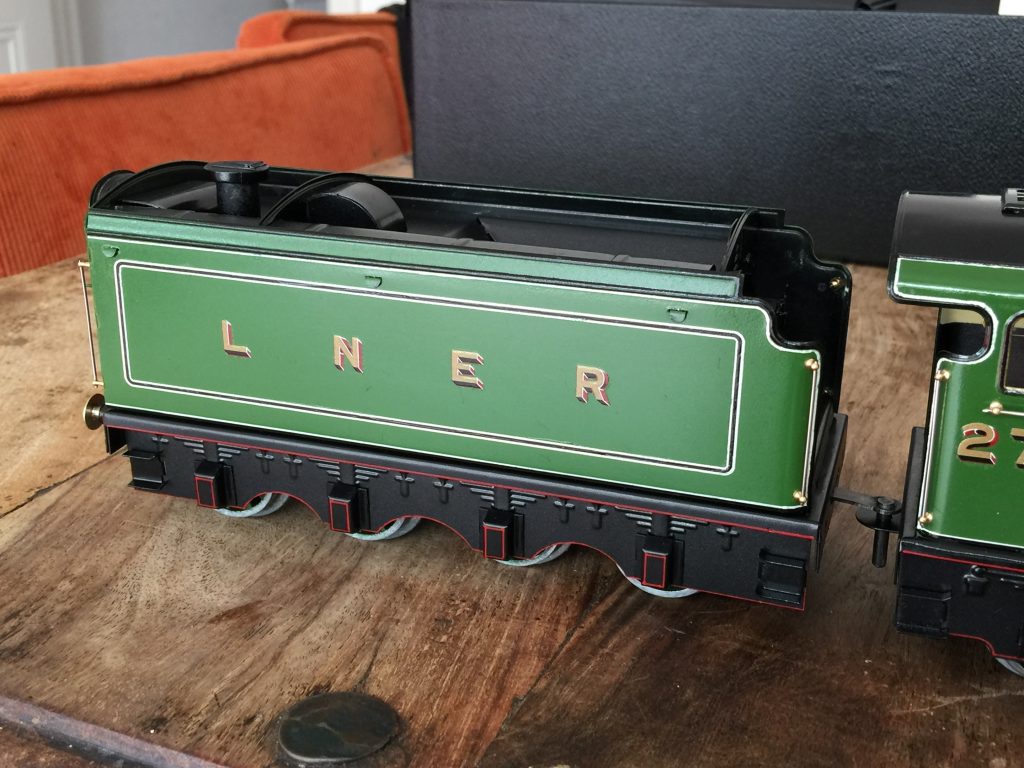 A GNR coal rail tender would be a nice project for the future but there are some tricky tooling issues with such a beast, so for now that’s on the back burner.